Everything You Want To Know About Kanna & More

Ready to start your Kanna journey? We’re sure you have questions. Here are the most commonly asked questions about Kanna Sceletium Tortuosum that we haven’t already mentioned elsewhere on the site.

FAQ: Is Kanna Safe To Consume?

Kanna is often referred to as a ‘natural Prozac’ as a result of its anxiety reducing, stress relieving, sedative and confidence boosting properties. However, prescribed mood enhancers can cause addiction and harm to the body, whereas Kanna doesn’t have these same issues. This has made it one of the safest mood enhancers available.

FAQ: Is Kanna Safe To Consume With Other Products?

Kanna is a Serotonin Reuptake Inhibitor (SRI), which are typically used as antidepressants for major depression and anxiety disorders. Sceletium Tortuosum should NOT be mixed with any other (S)SRIs (think prescription antidepressants) or Monoamine oxidase inhibitors (MAOIs), an antidepressent found in plants. Antidepressants, natural or otherwise, increase serotonin levels in the brain. If these levels are raised too high, things can get very dangerous sometimes even fatal. Combining Kanna with medication or any of the ingredients from the list below is therefore not recommended.

When it comes to taking Kanna in combination with MDMA, reports can be contradicting. MAOIs have been documented to cause a very really threat if combined with MDMA. As such, people have been weary since Kanna too is a natural antidepressant. However, SSRIs and Kanna are reported to act a little different if used wisely.

MDMA causes cells to release large amounts of serotonin, signaling the reuptake transporter in your brain to reverse. However, if you were to take an SSRI, you would block this transporter, interrupting that reversal. Several reports of MDMA users speak of taking Kanna at the end of their trip, or during come down. Reportedly taken ‘past the 6hr mark of the roll‘, it is said to block damage to the cell. This is based on a study done for fluoxetine.

Again though, MDMA causes a large amount of serotonin to be released. Combine that Kanna that blocks the reuptake of this neurotransmitter and you could very well be overloading your system which may result in Serotonin Syndrome. This potentially fatal condition causes symptoms, such as agitation, tremors, increased body temperature, sweating, dilated pupils, diarrhea and increased reflexes.

In short: it’s best not to mix and match until there is proven data from research in a human model.

FAQ: Can I Get Addicted To Kanna?

Kanna’s active components interact with your brain’s dopamine and serotonin receptors. Whilst that may cause you to think ‘Uh-oh dopamine, that means it’s probably addictive’, fear no more. In reality anyone can get addicted to certain foods, goods, a way of life, etc. depending on the susceptibility of that person, as a result of genetic and environmental factors. To date though, long-term Kanna users haven’t yet reported any adverse side effects.

Please note though: if you are suffering from depression, don’t self-medicate and try to cope with your struggles alone; get help from your local doctor or GP.

FAQ: Can I Use Kanna During Pregnancy?

Absolutely. In fact, it was extremely popular with traditional South African midwives for its natural, calming effects.

FAQ: Where Can I Read More About Kanna?

Until 1996, Kanna has remained largely undocumented and therefore reliable, objective and scientific information can be hard to come by. However, as Channa is gaining popularity fast, and the scientific community is starting to look into its medical potential, you’ll start seeing more and more information come to light.

Here’s just a few trustworthy references that you may wish to explore: 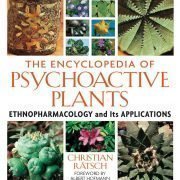 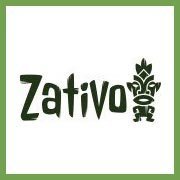